Evoy is on a fast-track to eliminate boat emissions

Bringing the world’s fastest electric propulsion system to market and receiving EUR 4.4 Million for their game-changing innovation are just two of Evoy’s milestones in 2020. The start-up is quickly contributing to The European Green Deal and the UN’s 2030 Agenda for Sustainable Development. Prepare for a wild ride to the small town of Florø on the west coast of Norway where the North Star of electric propulsion systems operates. Ahoy, Evoy.

In the summer of 2020 Evoy secured EUR 4.4 Million from the EIC Accelerator which awards businesses developing systemic innovations contributing to the goals of The European Green Deal and the UN’s 2030 Agenda for Sustainable Development. A grand achievement that will surely help the Norwegian start-up avoid heavy waters.

Numerous prizes and awards speak to the uniqueness of Evoy’s innovation. To mention but a few, the start-up won of the Nordic Start-up Awards, the SPIR Award and the DRIV Award and participated in programmes such as Katapult Ocean and the EIT Climate-KIC Nordic Accelerator. Both programmes aim to support change makers with impact-driven businesses. For a start-up that was founded in 2018 — merely two years ago — now the challenge is to keep up with worldwide demand.

Every start-up has a special origin story and Evoy’s is certainly worth a mention. The idea leading up to the founder’s, Leif Stavøstrand’s successful start-up is the result of a creative brainstorming session between Leif and his father. It all started with two bright minds and a bottle of whiskey in a small town called Florø on the west coast of Norway.

The year is 2005. Leif and his father, who had been working as an engineer and inventor for two decades are having one of their nights where they join forces to search for new ideas. As it happens, this night leads to the idea that inspired Evoy. What was first a wild idea about a catamaran with hydrofoil electric propulsion, quickly turns into the quest to better understand the market of electric boating. The conclusion? The absence of fast, powerful, electric propulsion systems and the presence of worldwide demand. Fast forward thirteen years, Leif founds Evoy and the rest is history. 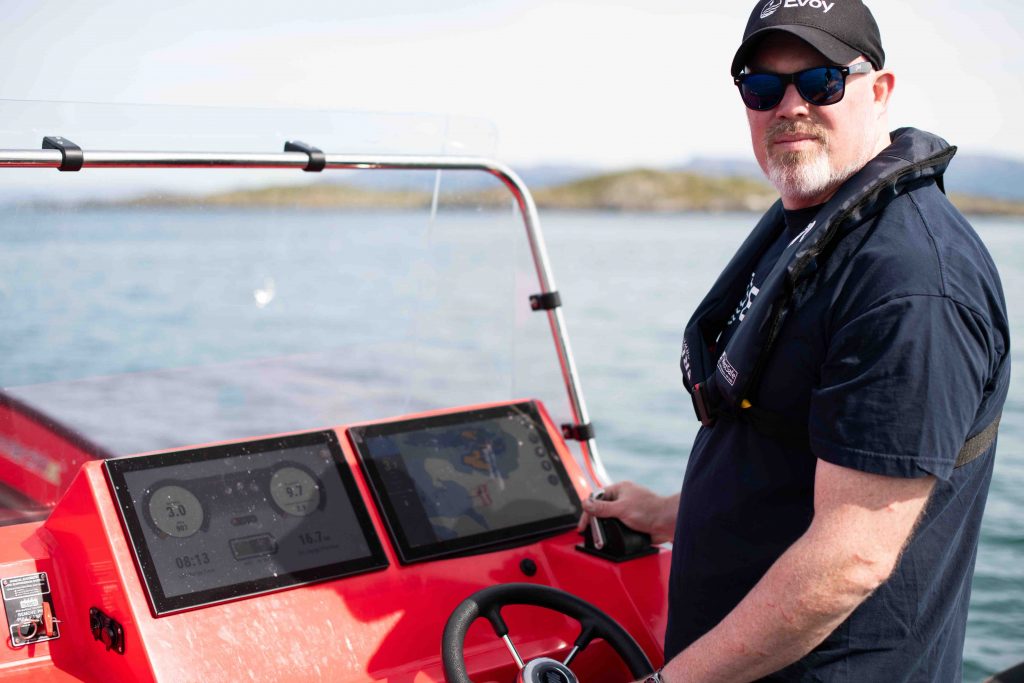 Evoy’s founder, Leif Stavøstrand on a vessel equipped with the start-up’s unit

Making electric propulsion a viable alternative has been halted due to the low speed, low range, long charging time and lengthy return on investment. Evoy found a way to beat competitors in all the above areas and create the world’s fastest and most powerful e-boat system, peaking at 800 hp with speeds over 100 km/h. The team reduced maintenance costs, ensured low noise and high-safety, provided fast charging up to 300kW, and equipped the units with a smart system with cloud-based service and software updates.

The start-up’s offering consists of three types of inboard and outboard units. The highest performance inboard system is available now, while the outboard systems are open for pre-orders. Evoy’s portfolio is a fantastic example of following and understanding the market as each product is designed with specific users at heart and a high regard of their yearly operational run time hours. For example, fish farmers tend to ride short stretches whereas sailing boat or yacht owners may travel longer stretches per use.

The start-up officially kicked off in 2018 and the first year was spent on finding the right partners and suppliers, so Evoy could put their units together inhouse. In 2019 the first prototype was launched, and the start-up has been testing relentlessly ever since. Right now, the focus is on first deliveries and team expansion so the team can meet worldwide demand.

In Norway small boats produce around 1.2 Million tons of CO2 every year, equivalent to all domestic flights in the country. Boats contribute to about 7.2 Million tons CO2 in Europe and on a global scale to 60 Million tons. Evoy is determined to be part of the solution to eliminate boat emissions through their 100% high-power and smart electric propulsion systems with turnkey plug-and-play packages for new and used fast boats.

Boats have largely flown under the radar when it comes to climate impact, but that doesn’t mean the industry isn’t in dire need of a systemic change. By accelerating the green shift to sustainable and smart mobility Evoy pushes the envelope for what’s possible in the industry. In addition to a strong environmental angle, the start-up finds it important to contribute to the regional community by creating jobs and gathering the right team of professionals that support Evoy’s environmental vision. A prime example of thinking local and acting global.

Earlier this year we wrote: ‘Demand is the number one factor that can potentially secure an effective problem-solution fit.’ Looking at Evoy’s game-changing technology, relentless testing and exploration to build units that alleviate customer pains make us believe that the start-up is on the right track to catalyse systemic change. We can’t wait to see their future successes after being part of the EIT Climate-KIC Nordic Accelerator. 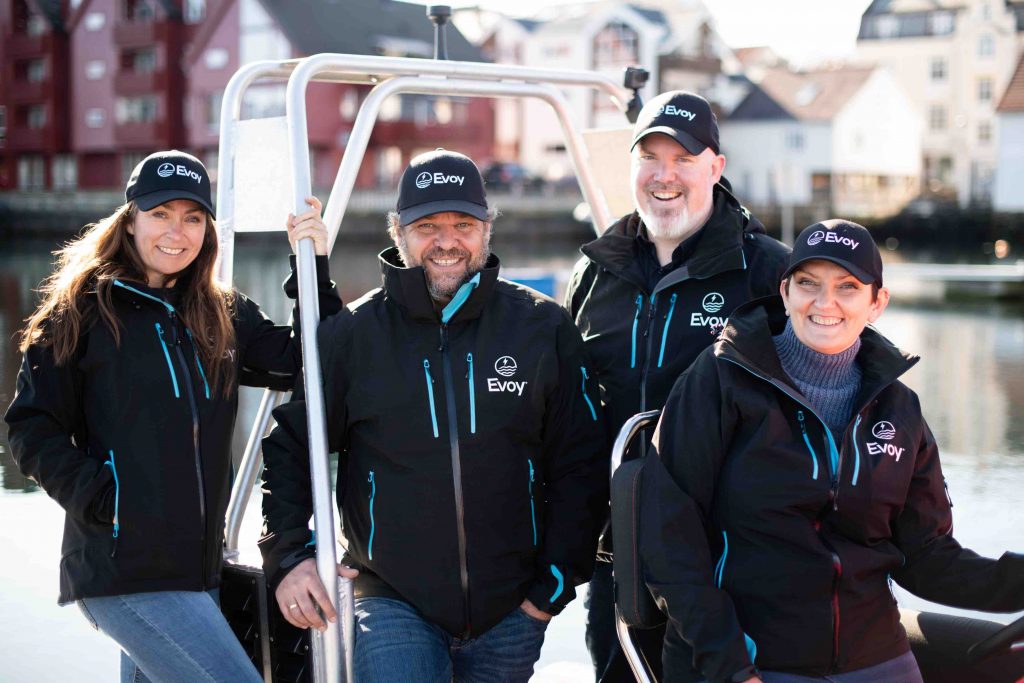 Soil Steam believes that steam holds the answer for...